In the month of Ashara (Sanskrit: Ashadha, Hindi: Ashadh), when the Sun is in the house of Mithuna Rasi and steps into the first pada of the constellation Adra, after Mrigasira, the period of Ambubachi commences and continues until the fourth day. Mother Earth is said to enter the period of menstruation in this time. 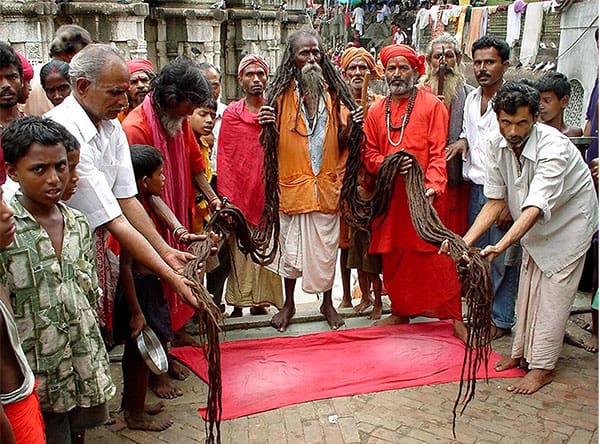 The traditional belief is that our sacred Mother Earth is also like a fertile woman. The earth cultivates and germinates seeds and grows crops – becoming pregnant as if in coition. That is why the woman’s womb is compared to Kshetra for cultivation. Ambubachi symbolises this phenomena of an ancient agricultural concept. In the Bodo community it is called Amthisua, in Hindu society of lower Assam it is called Amoti or Ameti, and in West Bengal it is called Ambabati.

According to tradition, we are the children of Mother Earth. Thus, the concept of Ambubachi possesses agricultural, social, and religious ideas that contributed to the emergence of this phenomenon, resulting in observance of rituals for the occasion.

The concept of the cult of Mother Earth has been in its process of gradual evolution and elevation, merging in the Upanishadic and Mythological ages with the concept of Shri Devi, Maha Lakhsmi, and Devi being identified with crops and cereals simultaneously, and in turn ultimately identified with Maha Devi Durga in the form of Sakambhari. Mother Earth is defined in a later Upanishad, called Narayana Upanishad, which states that Mother Earth is religiously worshipped and adored as Devi Basundhari. 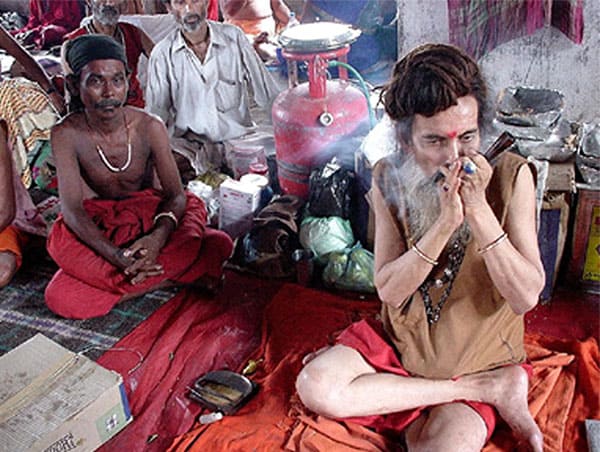 Against this background of Goddess Earth being identified with Shakta forms of Devi are Goddesses like Sri, Mahalakshmi or Mahamaya symbolising the concept of fertility, sex and procreation. Hence Ambubachi in Kamakhya Peetha assumes prominence and adds luster to this ancient, prestigious, and unique seat of the Indian Shakti cult and Tantricism, which is the sacred abode of the Mother Goddess in the form of the yoni (vulva or womb) in the Garbha (itself meaning “womb,” referring to the inner sanctum of the deity) of the temple located in the Nilachal Hills. Devi Mahamaya or Devi Durga is said to manifest here in various forms and rupas – as a virgin and also as a spouse of Lord Shiva. In amorous mood in her Sambhoga form (rupa) she is Goddess Kama – and thus called Kamakhya for satisfying her love with Lord Shiva.

In earlier times, the Tantrik priests of the temple spoke about the emergence of red coloured water flowing below the Yoni Mandala during the period of Ambubachi. No worship takes place during the three days commencing on the 7th day of Ashara (June 21 or 22). The temple remains closed and visitors are not allowed to enter. On the fourth day after performing various rituals such as bathing and puja, the doors of the temple are opened for devotees. Everything is made clean, and the entire temple complex is also given a fresh look. Meanwhile, a large number of pilgrims (estimated between 50,000-200,000 depending on the year) amass at the temple.

A prevalent belief connected with the celebration of Ambubachi Mela is that the pieces of red cloth used by Devi during the three days of her menstrual cycle are greatly beneficial and auspicious for a devotee if he or she is able to put on such a piece. After the main puja, the process of distribution to visiting pilgrims takes place, and this item is highly sought after. 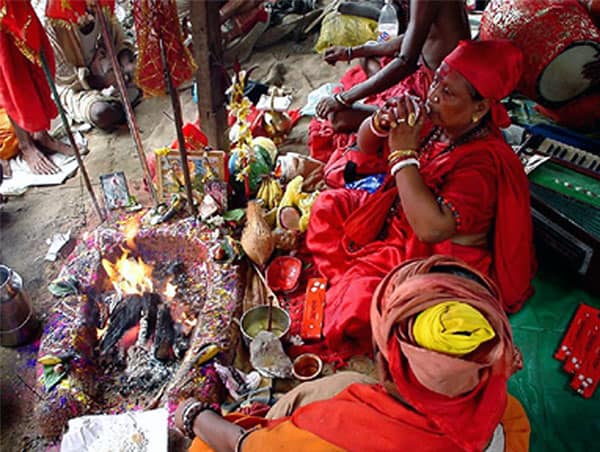 The color red is symbolic of Shaktism. It associates Rajas and also pro-creativity. Devi is said to be very pleased with this color. In the Kamakhya Tantra, Devi Kamakhya is described as extremely beautiful, dressed with red garments. Hence the receipt of a piece of red cloth used in the Devi Pith is definitely considered to be of great value by the devotees.

With great religious faith, thousands of pilgrims from all over the world visit Kamakhya to attend the festival. As the temple remains closed for three days, this period is observed as Mela (festival or fair) outside the temple. During these four days the Nilachal Hills come alive with Kirtan and Bhajan round the clock. When the doors of the temple are opened, thousands of devotees come for Darshan, and to receive blessings from the Mother Goddess.